Senior Vice Commander, Mark Davis joined the Navy on June 26, 1979.  Being assigned to the attack Squadron 176 in Oceana, Virginia, he deployed with the USS Independence off the coast of Iran and Diego Garcia earning a Navy Expeditionary Medal and his VFW eligibility.  From 1981 – 1984 was stationed at Naval Air Station Sigonella, Sicily to VRC - 24 Cod Squadron, receiving the Armed Forces Expeditionary Medal for services in Lebanon and Souda Bay Crete.  In 1985 SVC Davis, transferred to Naval Air Station Corpus Christi to undergraduate pilot training as a bailout instructor for the T34 and T28 aircraft. In 1985, SVC Davis became a Life Member of VFW Post 2242 in Paragould, AR.  From 1987- 1990, SVC Davis was transferred back to Sigonella, Sicily to aircraft intermediate maintenance department during Desert Shield and Desert Storm.  In 1990, he transferred to Naval Air Station Norfolk, Virginia to VRC - 40 Cod Squadron.  In 1992, SVC Davis decided to leave the Navy and became active with the Cathy-Dowdy VFW Post 2242 Paragould, Arkansas, serving as Post Commander 1993-94. In 1993, he re-enlisted into the Arkansas Army National Guard assigned to 1123rd Transportation.  In 1998, he transferred to the Army Reserves as an 88M instructor for the 8thBattalion, 95th Division.  In 2005, SVC Davis deployed to Iraq with the 890th TC from Green Bay, Wisconsin.  In 2006, SVC Davis retired from service.  He and his lovely wife Kim reside in Paragould, Arkansas.  They have 3 children, 2 stepchildren and 6 grandchildren. 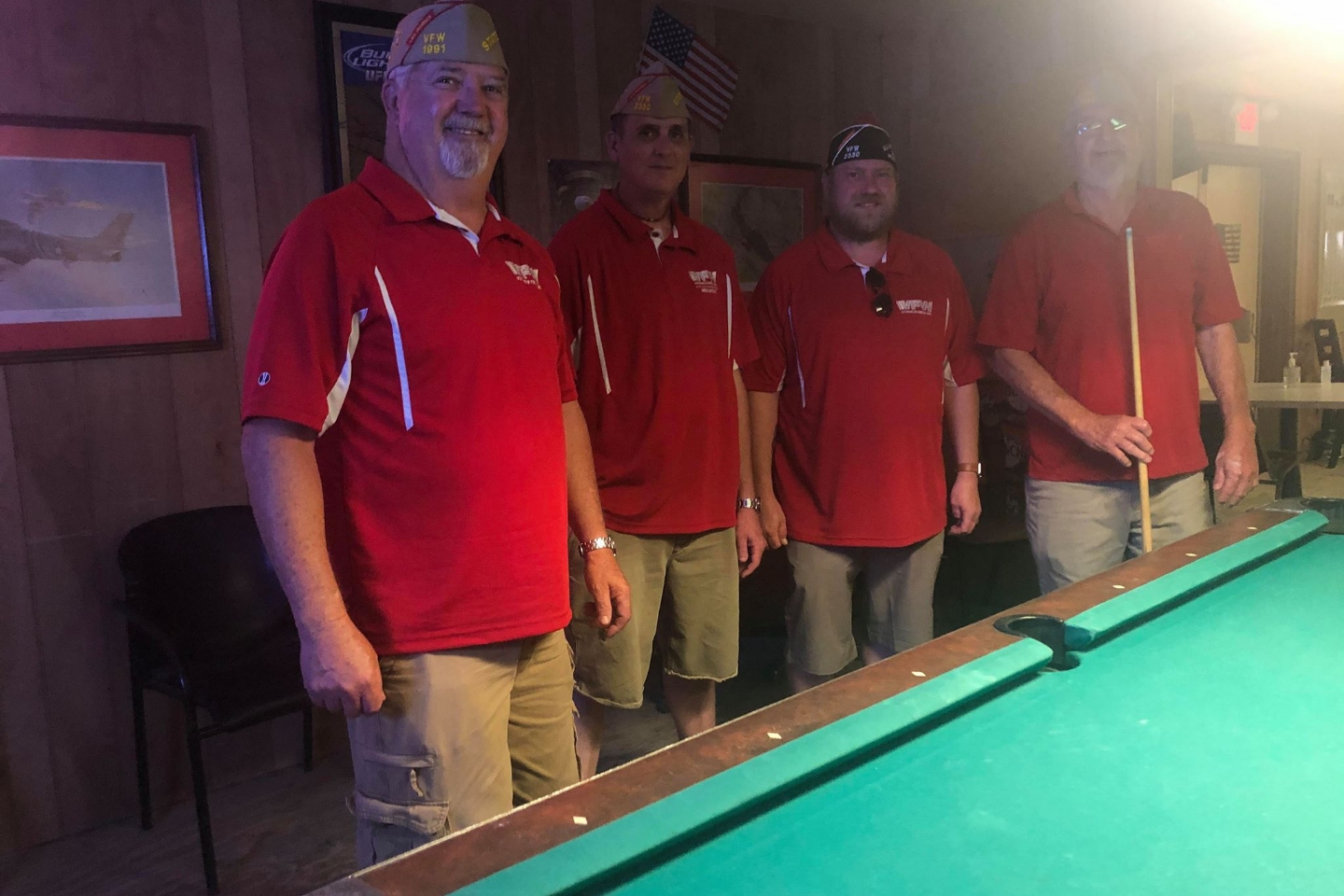